Last week I represented Tivix at London Tech Week, a week-long festival of tech with global leaders sharing expertise and knowledge in hundreds of venues across London. It is sponsored by the Mayor’s Office, as a way of celebrating (and promoting) the London tech scene.

And what a vibrant scene it is. London has become a real center of tech innovation in the 21st century, probably second only to Silicon Valley (although my friends in NYC and Tel Aviv might argue this point).

Pretty much every tech company with a presence in London participated (including Tivix) and I really enjoyed going to thought-provoking presentations by big-thinkers ranging from Cindy Rose (CEO of Microsoft UK) to Ben Evans (the wicked-smart analytical parter from Andreessen Horowitz). There were lots of interesting insights from the leaders of the tech world today, sharing thoughts on current technology trends and how they will weave together in the coming years.

AI will cease to be a standalone thing because it will just be built into everything. People increasingly just simply expect that software should be smart.

On Wednesday night Tivix hosted a private dinner for innovation executives from leading UK corporations. We had a lot of brain power in one room and it was fascinating to hear the thoughts on current innovation trends from leaders in sectors as diverse as financial services, pharmaceuticals, insurance, and consumer payments.

The thinking goes like this: The first industrial revolution (starting around 1760) was using water and steam power to mechanize production, the second (around 1920) was using electric power to create mass production, the third (1950’s) was electronics to automate production, and now we’re entering the 4th industrial revolution, as the physical, digital, and biological spheres are brought together, yielding some really profound things such as artificial intelligence, machine learning, self-driving cars, genetic editing, and more.

However you want to frame it, there’s a lot of digital innovation going on in London these days. It’s a very exciting time and place, and Tivix is proud to be part of it. 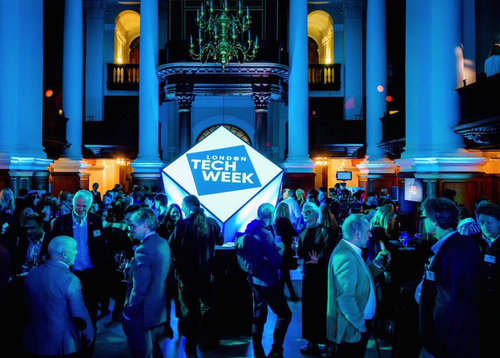