The Third Wave of IoT

IoT is a hot buzzword right now. It stands for “Internet of Things”, and really just simply means connected devices — these days we have the ability to put internet connections inside just about anything. FitBit is the most well-known example of a very small connected device that can track your fitness workouts, your sleep patterns, etc.

But the real IoT growth right now is on the industrial side, as industries of all kinds are using connected devices on manufacturing floors and inside finished products to improve efficiencies, gather data, and use predictive analytics to optimize maintenance cycles.

I was speaking with Paul Miller (an analyst at Forrester) the other day, and I asked him for his thoughts on IoT trends, and where he thinks the real impact of IoT technology was going to be over the next couple of years.

He broke it down into three waves:

The first wave was companies using IoT to improve existing processes. The second wave was about using IoT to collect mountains of data. We’re now entering the third wave, which is using IoT to create whole new business models.

A great case study that illustrates this is Rolls Royce Jet Engines. A couple years ago they started making their jet engines will all sorts of internet-connected sensors embedded. Then they launched their Engine Health Management platform to collect data and track the health of engines operating worldwide, using onboard sensors and live satellite feeds.

Then the realized that they could create a whole new business model: instead of selling the engines to airlines, they could install them on airline planes for “free”, and simply charge per hour of use. And they could bundle maintenance into the hourly cost, because feeding engine data into their predictive analytics platform allows them to optimize maintenance cycles. Airlines no longer have to own the engines – they can simply pay on-demand for powering their airplanes.

I suspect that we’ll see lots more examples of IoT technology enabling whole new business models. The jet engine model, for example, could easily be extended to washing machines. Appliance manufacturers could send you home with a “free” washing machine, that simply charges you per load you wash at home.

At Tivix, we’ve done several IoT projects for clients, and we’re excited to see what the next wave (or two) brings. Especially if someone can create a machine that will do our laundry for us… 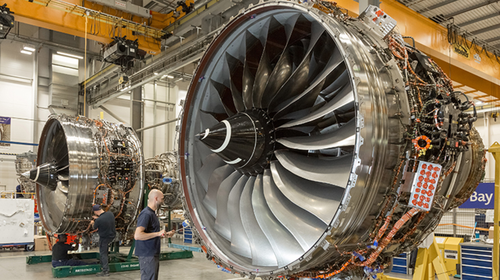